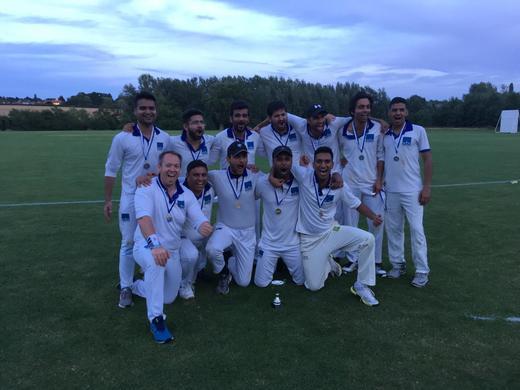 After 8 leagues games apiece both WMG and MBA Lions were level at the top of the table at 26 points. It was decided that rather than head to head or net run rate, the two teams who play a one off final match to decide the championship.

WMG captain James Matthew won the toss and decided to bowl. MBA Lions had an electric start with a number of their batsman reaching the 25 retirement score. MBA Lions finished with an impressive 164 off their 20 overs. WMG got off to a flying start but wickets continued to fall including the likes of Aslan and Srinjoy pegged them back. Eventually the required rate was too high and the Lions bowled out WMG in the fading light with overs to spare.

Congratulations to Abi and Varun who spearheaded MBA Lions 2019 title victory this season.